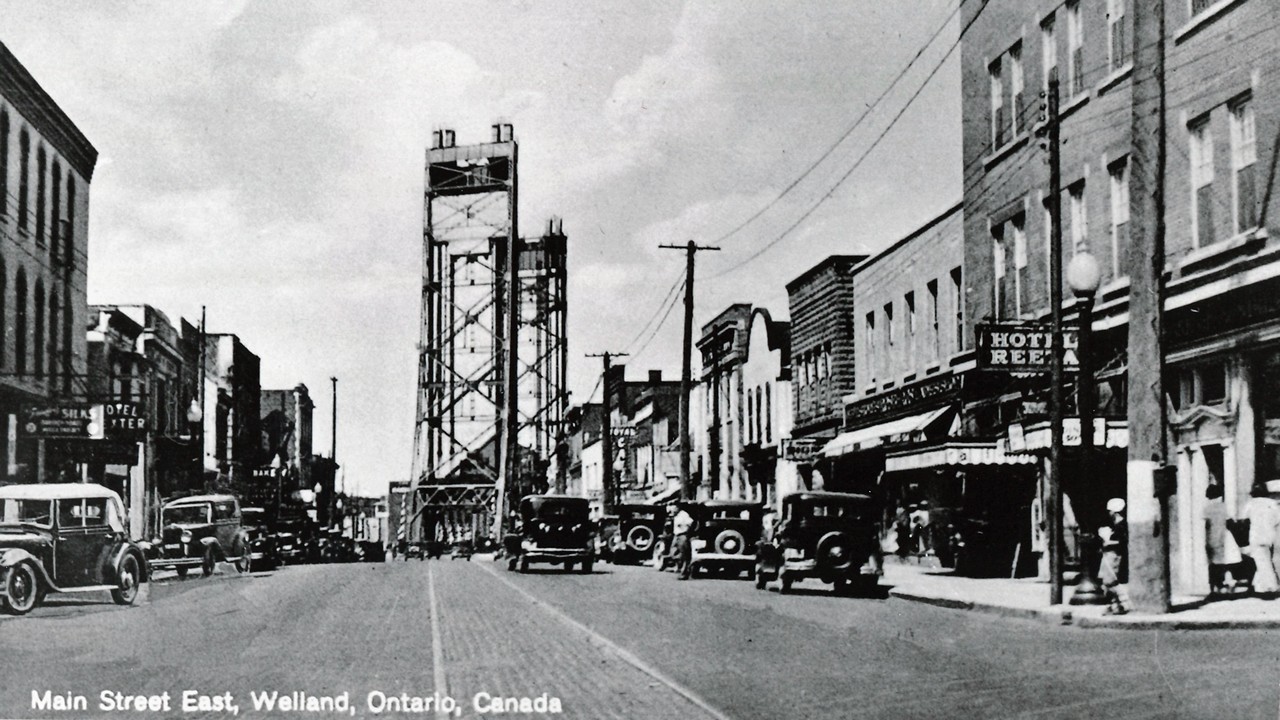 With a population of approximately 51,000 the “Rose City” is also known as the place “where rails and water meet” as its development was in part spurred by where the railway crossed the canal and the Welland River which bisects the city in two.

How to get to Welland Ontario: 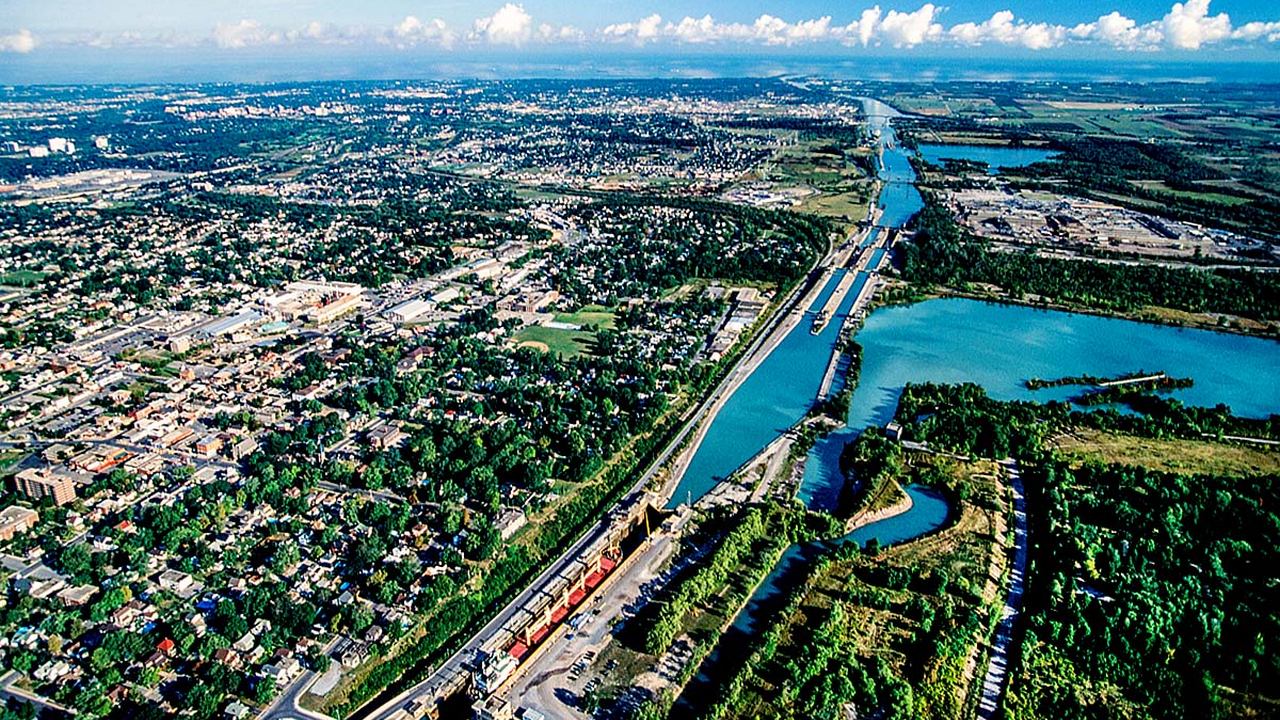 By Public Transport
By Bus. Welland Ontario is easily reached by bus services.

Passenger rail service is no longer offered to Welland Ontario. It is however possible to take a vial rail passenger train to the City of St. Catherines and then transfer to the local bus service for a connection into Welland.

While Welland does have a small airport it does not offer any passenger services. The city is so close to Toronto’s Pearson International Airport (approximately 90 minutes) by car and it is the main entryway into the province for international and far afield domestic visitors alike, a car rental or other public transport option as listed above is the easiest way of reaching the city.

Welland recreational canal United Empire Loyalists first settled the area in 1788 as they embarked on a new life after fleeing from the recently formed United States. The Original inhabitants settled east of the present day city in the small hamlet of Cooks Mills. It was here that one of the final battles of the War of 1812 took place as the American invaders fought an inconclusive skirmish then retreated across the border never to return.

After the war the British realized that they would have to improve communications to the western portions of their colony and began construction of the Welland Canal. The first Welland Canal was completed in 1833 and the shantytown that sprung up to house the workers employed on the project was called Aqueduct after a wooden aqueduct built to carry the canal over the river.

Industry began to spring up in the area and the population continued to grow. The town was renamed Merrittville after one of the founders of the Welland Canal project. In 1858 the community officially changed its name to Welland and in 1917 it became a city. The city continued to grow which initiated the Welland By-Pass project in 1973 that has resulted in creating the Welland Recreational Waterway the city’s main tourist draw today. 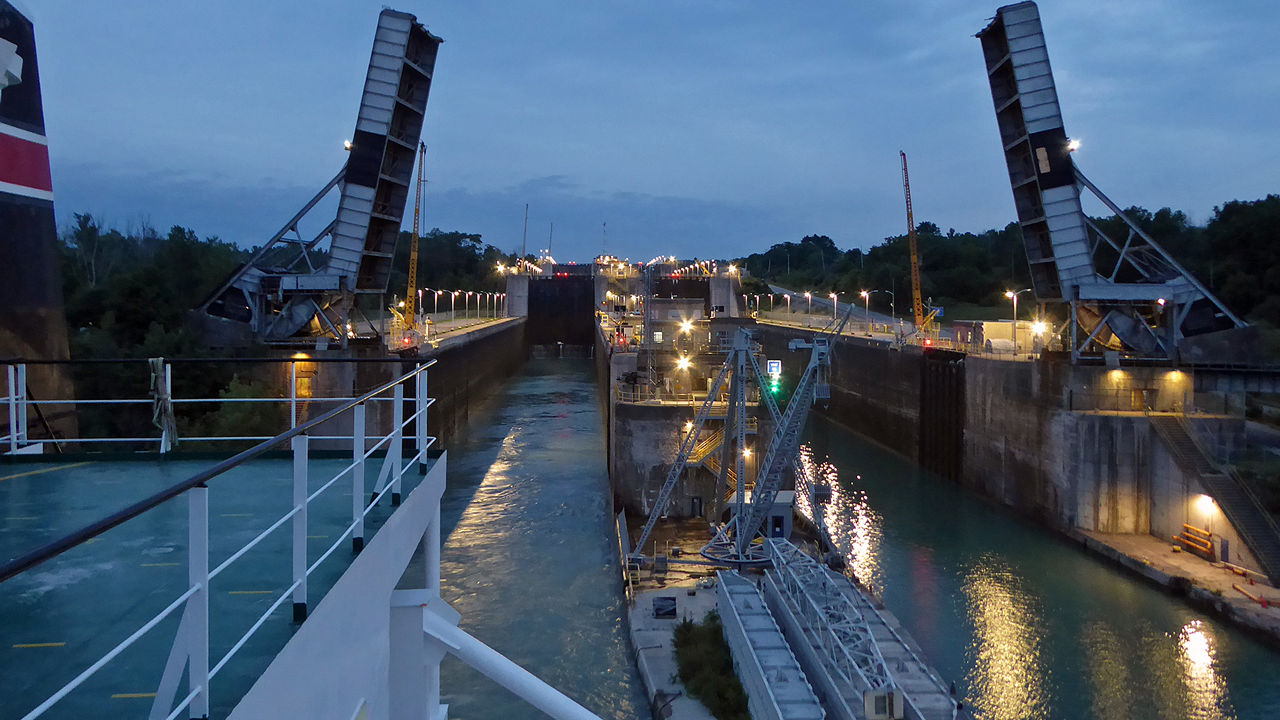 With the building of the new canal route no longer do the ships traversing the Welland Canal pass through the center of town causing extreme traffic jams. The resulting abandoned canal has subsequently been turned into a recreational paradise.

Motorboats were banned as they posed a threat to other recreational activities such as: Canoeing, Kayaking, Rowing, Paddleboats, Fishing, Swimming (though not really adviseable). 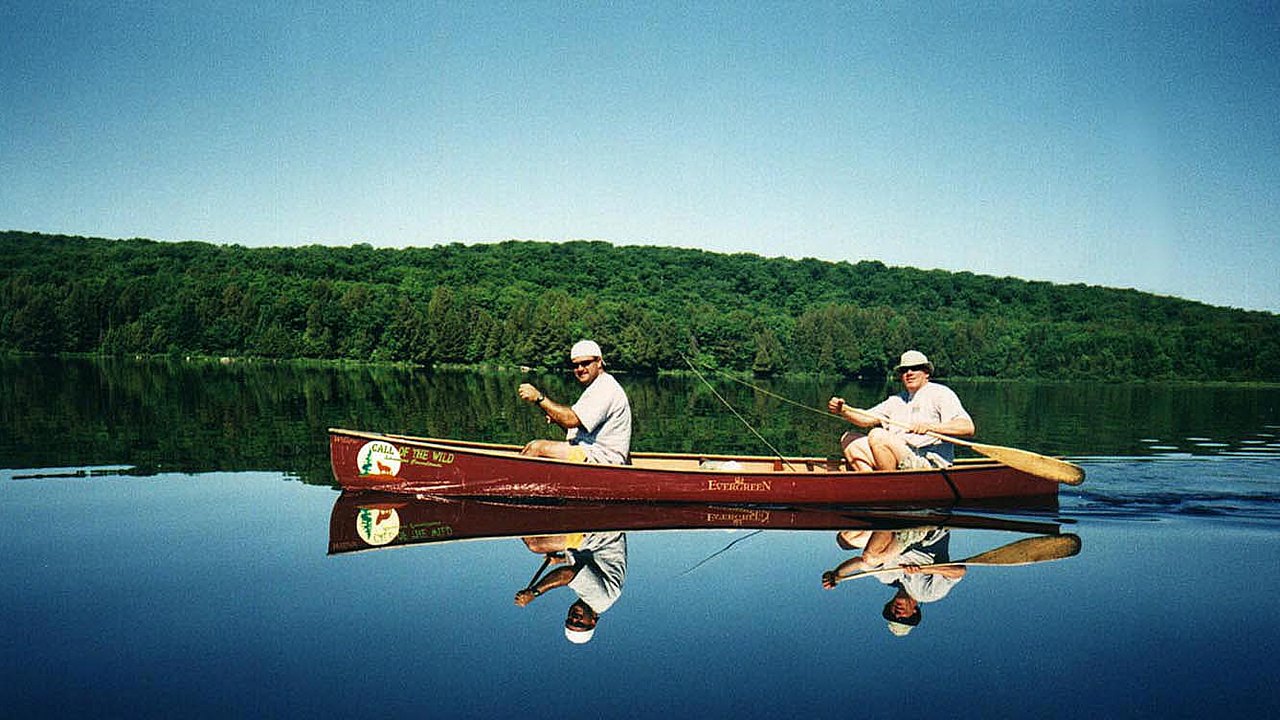 The Welland Canal Parkway Trail is a paved hiking, biking and recreational trail that follows alongside both banks of the entire length of the old canal from St. Catherines on Lake Ontario to Port Colbourne on Lake Erie and passes right through downtown Welland Ontario.

In downtown Welland Ontario itself between the recreational waterway and the Welland River is 3-kilometre (1.8 mile) long Merritt Island, which has been turned into a community park. Rentals of equipment for the above-mentioned activities are available and the park has become a favorite amongst locals for picnicking and barbequing in the summer months. There is also a memorial dedicated to the workers that built this important waterway that significantly contributed to the growth of Ontario and Canada as a whole. Each fall the park also hosts the Niagara Food Festival. 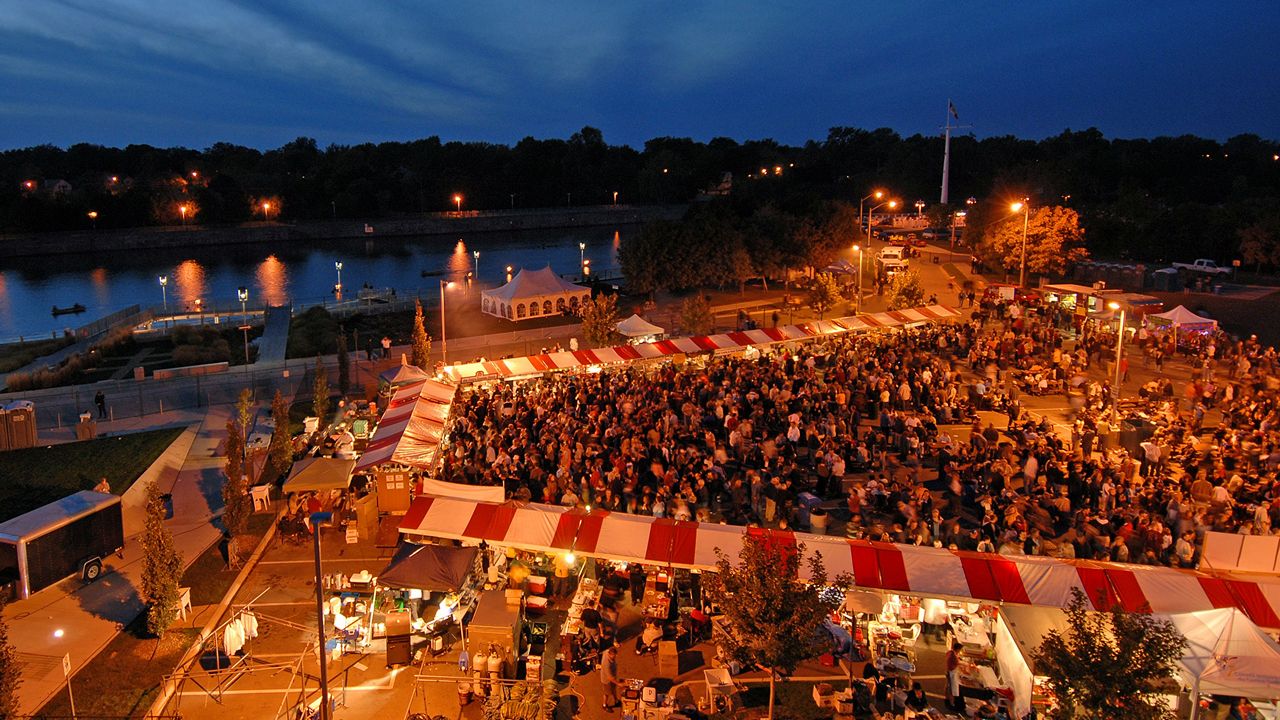 The waterway has also become a magnet for festivals and special events. One of the premier events held annually since 2002 that draws participants and spectators from far and wide is the Welland Dragon Boat Festival.

There is also a recently built amphitheatre along the waterways western shore that used to host a summertime outdoor concert series named IlluminAqua where floating stages are used for various performances as the artists perform between firepods. As of this date the concert series has been suspended due to lack of government sponsored funding. 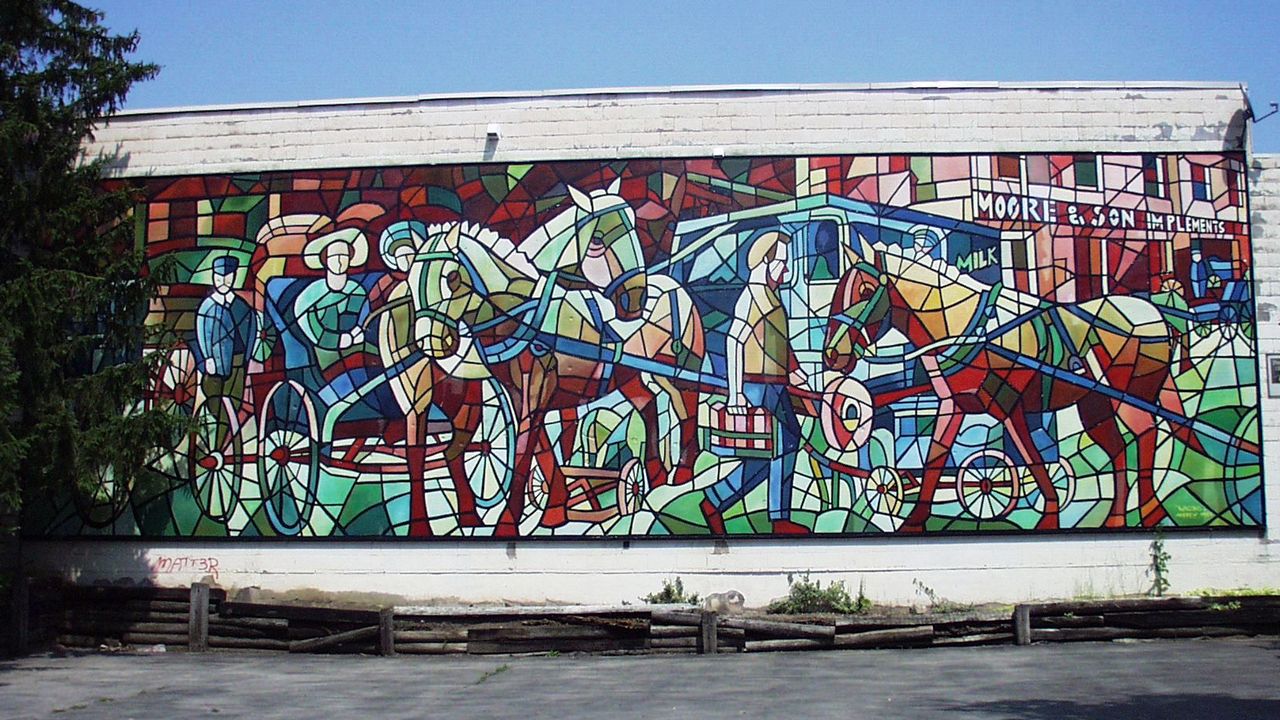 One particularly unique aspect of Welland Ontario is the preponderance of remarkable murals of varying sizes that have sprung up on the exterior walls of buildings throughout the city. The city is quickly becoming known as a large open-air gallery as city fathers encourage artists from across Canada to beautify the urban landscape with colorful murals depicting themes of significant historical importance to the region.

At present 27 of these larger than life murals have been commissioned with one being 3-storeys high and 25 metres (80 feet) long. Most are concentrated in the downtown area and are easily within walking distance of each other.

While not a tourist mecca like some other nearby communities Welland Ontario does provide some places of interest for those in the area. You can probably combine it with activities and visits to nearby attractions to make a complete day of it. Most visitors to downtown will be a little disconcerted by the number of dilapidated and closed up buildings but the city is definitely on the upswing.

It is a historic community and its ties with the Welland Canal make it a significant community in the-annuls of Canadian history. This is depicted in the Welland Museum located in the cities downtown in the historic Carnegie Building. 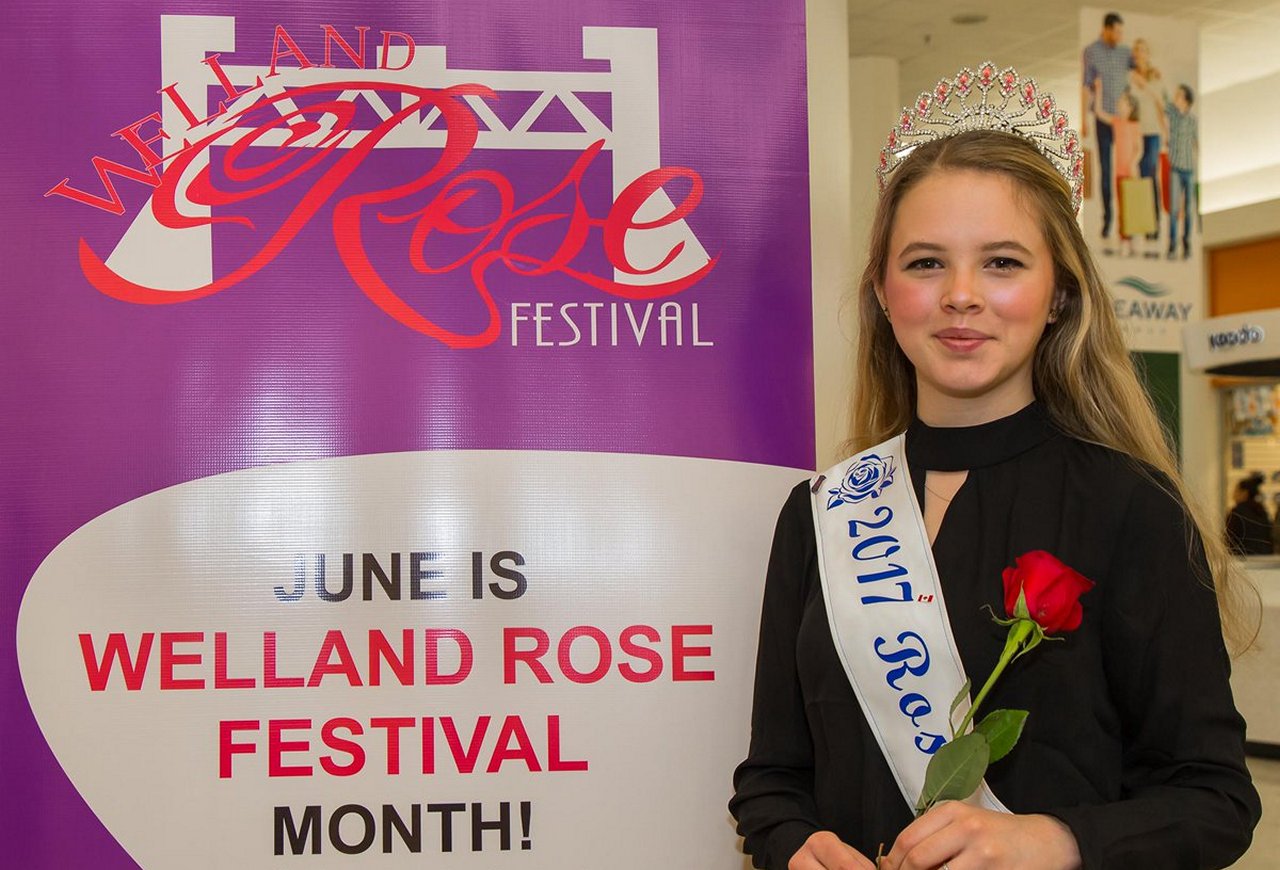 Depending upon the time of year you visit there are also a couple of significant events hosted by the city.

The Welland Rose Festival, which commemorates Welland’s heritage as the “Rose City”, has traditionally kicked off the summer for over 50 years and occurs every June.

The Niagara Regional Exhibition traditionally marks the end of the summer and is the regions largest fall fair.