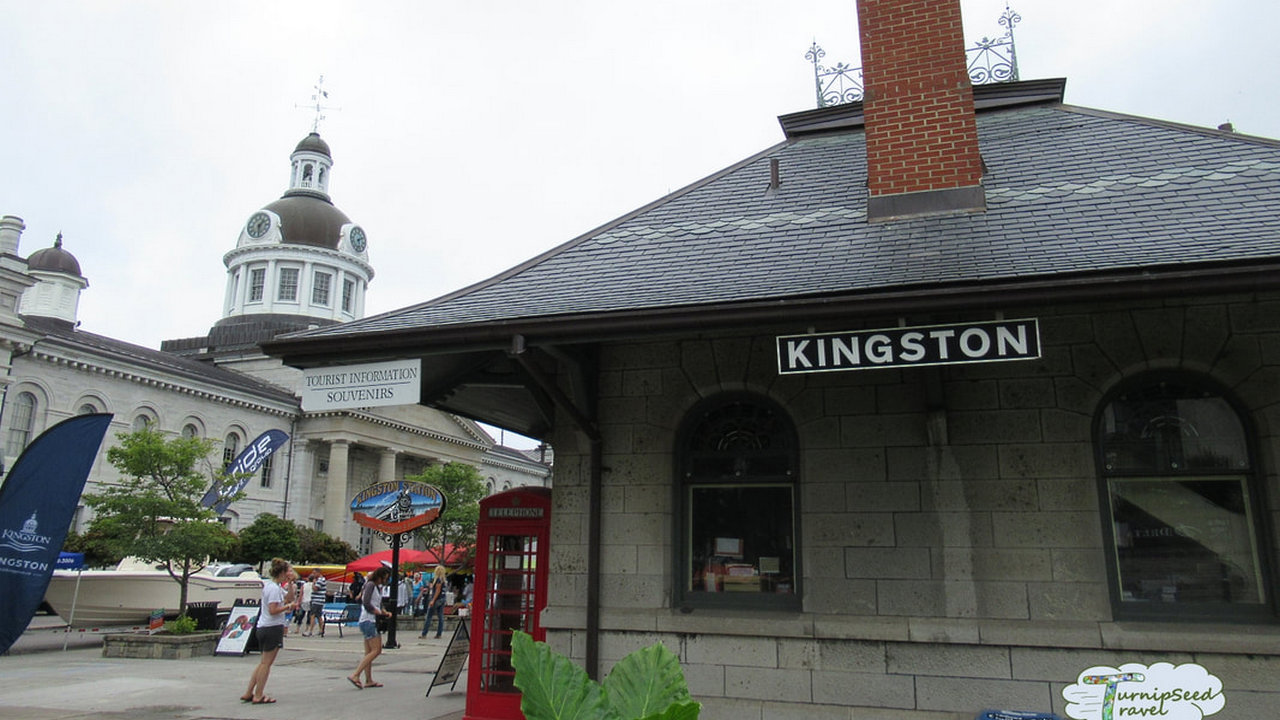 Originally founded by the French in 1673 as Fort Cataraqui (an aboriginal name for the area), it was soon called Fort Frontenac after the Governor of New France, Louis de Buade de Frontenac. It served as their main base of operations on Lake Ontario until it was attacked, captured and destroyed by the British in 1758 during the Seven Years War.
Settlement in the area began in earnest after the American Revolutionary War when thousands of United Empire Loyalists began fleeing north to remain under British jurisdiction. A restored Fort Frontenac (aka Cataraqui) became known as “the King’s Town” and in 1788 the name was officially changed to Kingston to honour King George III. Kingston soon became the leading community in this part of Upper Canada.
During the War of 1812 between the British and the expanding United States Kingston became the leading British naval base on Lake Ontario and the militarization of the community and its surrounding areas was rapidly undertaken.
After the war the English constructed the strategically important Rideau Canal with its entrance into Lake Ontario at Kingston. Leading edge military fortifications were constructed to guard to city and canal and these all still exist today and remain part of the lure of this charming city.
Kingston’s strategic location at the entrance of the Rideau Canal, at the end of Lake Ontario, and at the headwaters of the St. Lawrence River made it the largest and most important centre in Upper Canada. This was officially recognized when the newly incorporated town was made the first capital of the Province of Canada in 1841.
Kingston held this distinction for only 3 years though as the British government felt it was too vulnerable to an American attack and they began alternating the capital between Toronto and Montreal before finally settling on Ottawa in 1857.
In 1846 Kingston Ontario was incorporated as a city but after the removal of its capital status it began to decline in importance both militarily and politically. 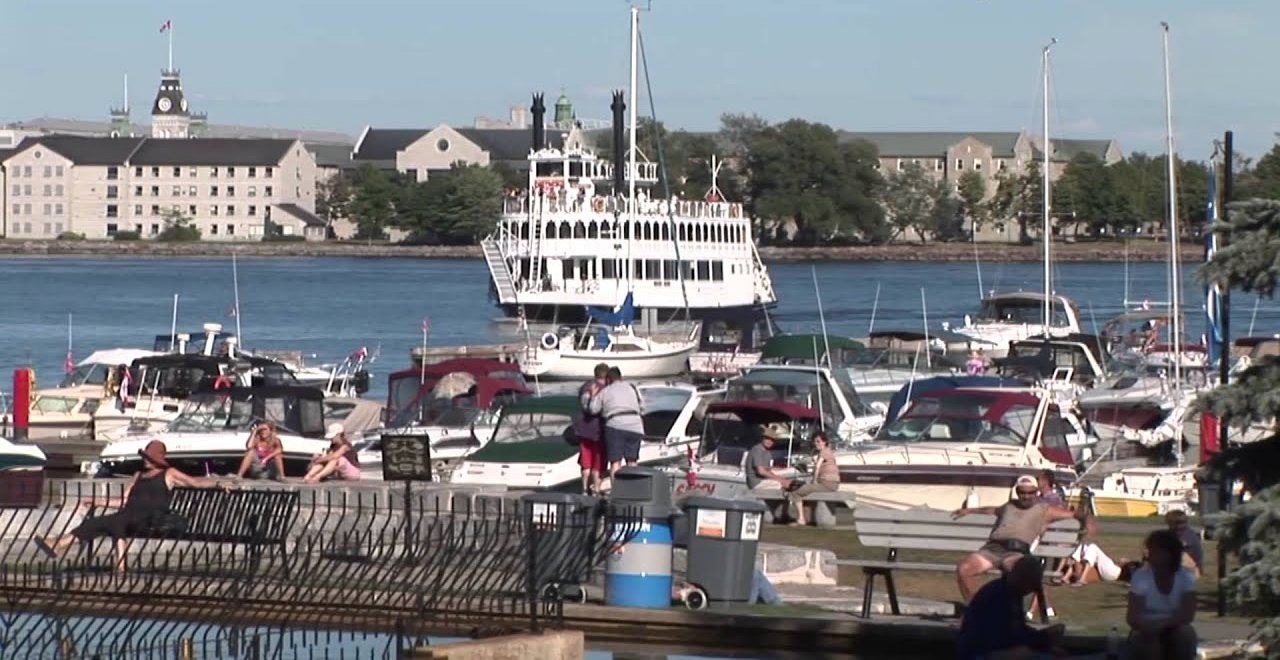 Getting to Kingston Ontario:

It is very easy to reach Kingston Ontario by bus as it is a major stopping point on the main east-west transportation corridor.

As the city does lie on the main east-west transportation corridor across Southern Ontario it is well serviced by passenger rail and there is regular daily service.

Norman Rogers Municipal Airport located in the western part of the city has regular domestic flights to a number of communities but unfortunately does not cater to any international flights.
If you wish to fly to Kingston you will have to take a connecting flight from one of the larger international destinations such as Toronto or Ottawa. This is however quite an expensive option and since the city is so well serviced by other modes of public transport and travel times are comparative to flying I would recommend that visitors simply choose one of these options instead.

This is usually not an option I list when creating information on how to arrive at a destination but Kingston Ontario’s location at the intersection at some of the country’s greatest waterways make listing this information a necessity.
Whether arriving from the Rideau Canal, St. Lawrence Seaway or from other points along the Great Lakes, Kingston’s strategic position at the eastern end of Lake Ontario has long made it an important stopping point for craft of all sizes.
Today most cargo traffic passes by the city as its harbour is too small for the St. Lawrence Seaway’s huge container ships but the city is still at the epicenter of dense pleasure craft traffic especially from the Rideau Canal. Many visitors arrive by their personal watercraft and the city has numerous marinas to accommodate them including: Kingston Marina, Collins Bay Marina, Music Marina, Confederation Basin, Blue Woods Marina, Kingston Yacht Club, Portsmouth Olympic Harbour, Treasure Island Marina, Rideau Marina.

Getting Around Kingston Ontario 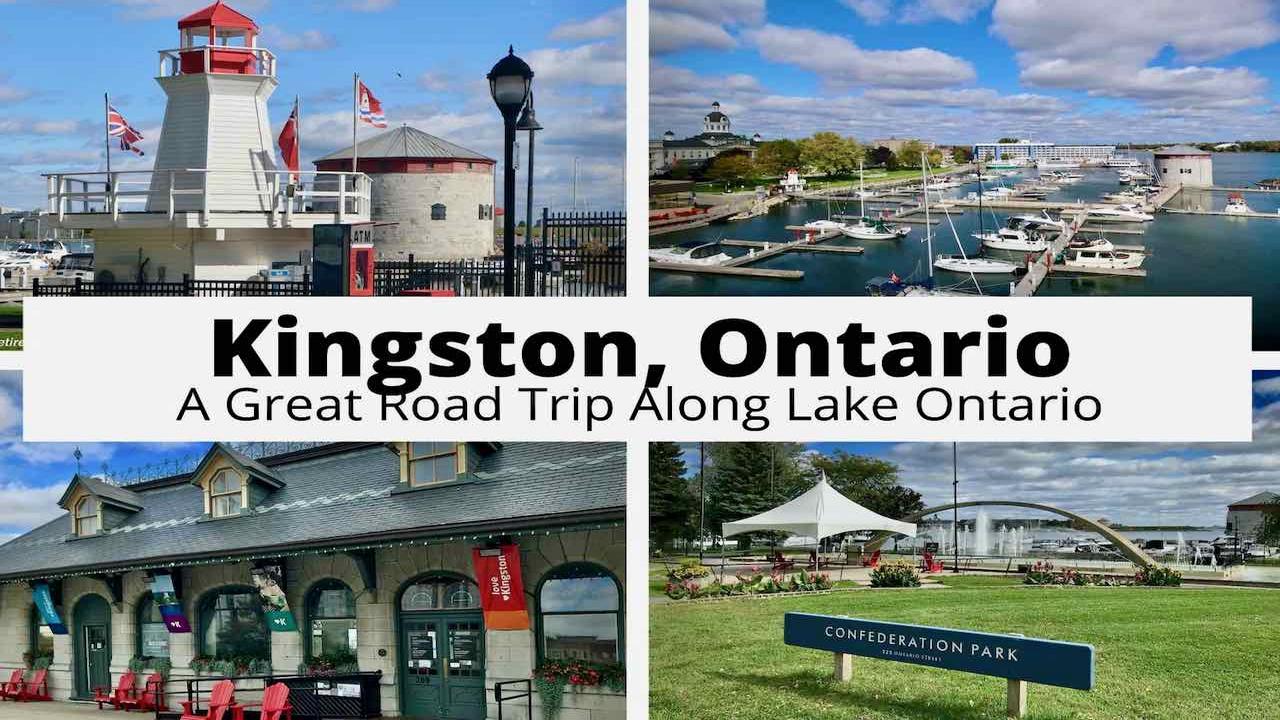 As with most medium-sized and larger Canadian cities public bus transportation adequately services most areas of interest to visitors. The local bus service is appropriately named Kingston Transport.
Of course taxis are readily available, easily hailed and are relatively inexpensive as traveling throughout the city is fairly easy compared to some larger Ontario cites as traffic is not as congested.
Kingston Ontario Trolley Tours
A majority of the city’s visitors are interested in seeing the historic sites and attractions unique to the area and Kingston Trolley Tours provides a wonderful service for doing so. Many of the attractions are located either in the historic centre or along the waterfront so a perfect service is the Hop On Hop Off tour. 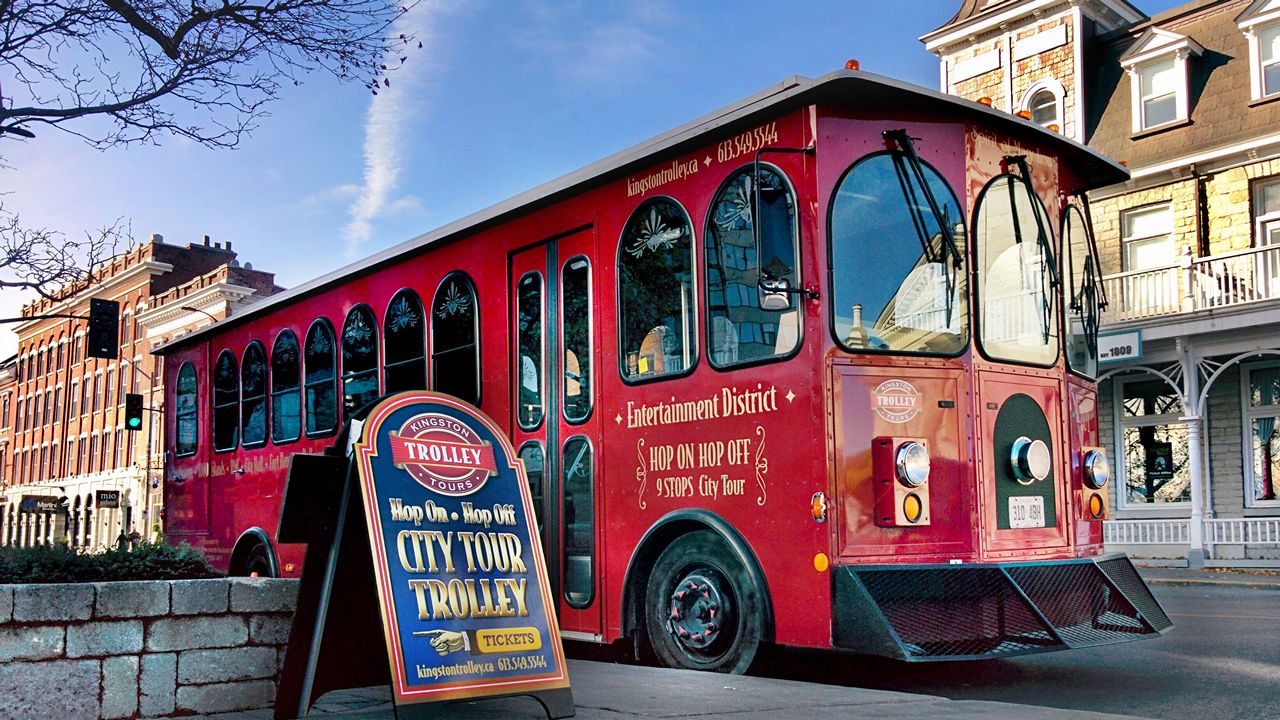 Once you purchase a ticket you can hop off at any of the stops, visit and explore, then hop back on a trolley as many times during the day as you like. An electronic guide is aboard giving informative narration and a trolley comes by each stop every half hour during the day making it a great way of exploring the city.

For those that just wish to see the city without getting on or off the city also operates the Confederation Trolley Tour. This one-hour tour is also electronically narrated. It passes by all the important attractions including:
The Royal Military College, Fort Henry, Fort Frontenac, Bellevue House, Penitentiaries, Queen’s University, Portsmouth Olympic Harbour.
For the most part these trolleys run from mid-May until just after Labour Day in early September.
Kingston ontario Kingston today has a population of just over 160,000 inhabitants and its rich history is reflected in the amount of National Historic Sites to be found in the immediate region including Bellevue House, the former home Sir John A. MacDonald, Canada’s first Prime Minister.
The city is also arguably the birthplace of ice hockey, Canada’s national passion, as there is concrete evidence that the sport was played here as early as 1843. It is also home to the oldest continuous rivalry in the sport as the annual Queen’s University – Royal Military College of Canada game has been contested since 1866.

For the most part though Kingston Ontario is regarded as the starting point for exploring the nearby Thousand Islands region as the largest of these: Wolfe Island, lies just offshore and marks the ending point of Lake Ontario and the starting point for the St Lawrence River, arguably Canada’s greatest heritage waterway. Many 1000 Island cruises originate from the city and this is definitely one of the greatest draws for visitors to the Kingston area. 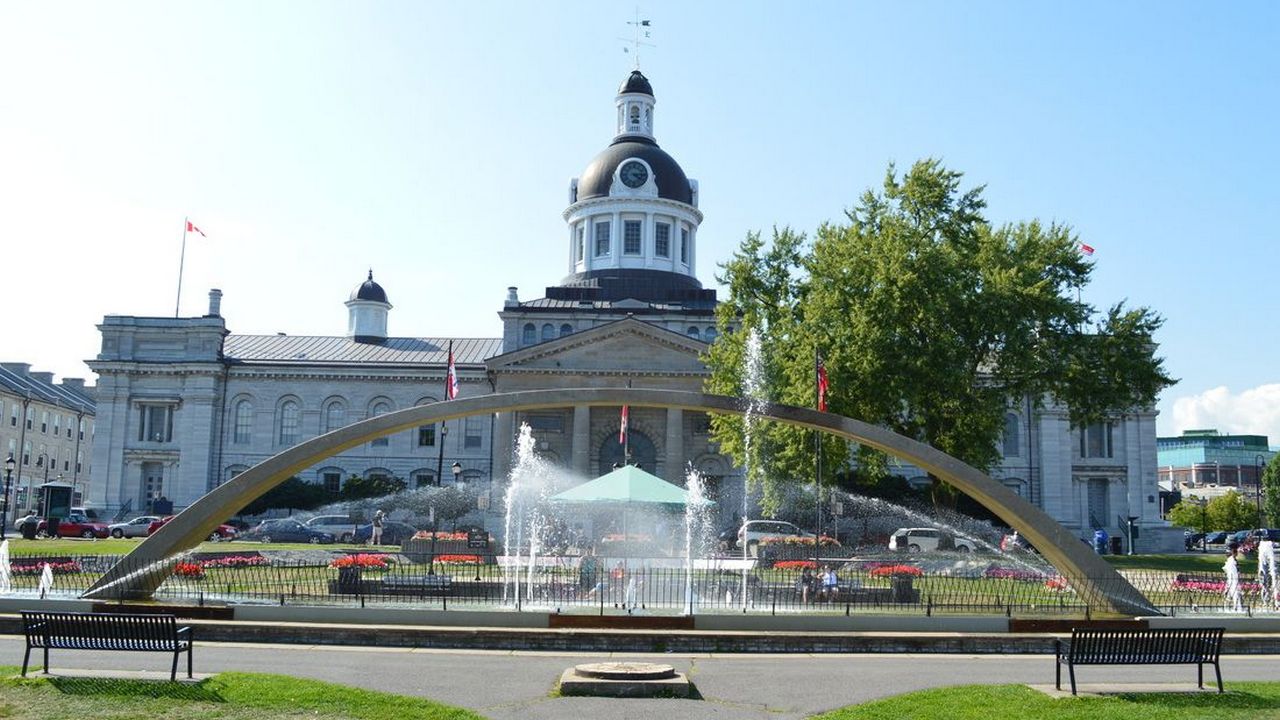 Whatever your interest I highly recommend that if you have time on your itinerary you plan to spend at least 1 day in Kingston Ontario, two is preferable as this gives you time to explore the city and surrounding Thousand Islands in more depth. The small nearby communities of Gananoque and Brockville are definitely also worthy of a stop. If you are traveling from Toronto and plan on visiting Ottawa, Algonquin Park and/or Montreal you have to pass right by Kingston so you don’t have to go out of your way to get here and a stop will allow you to see one of the most beautiful and historically significant communities in the province of Ontario. 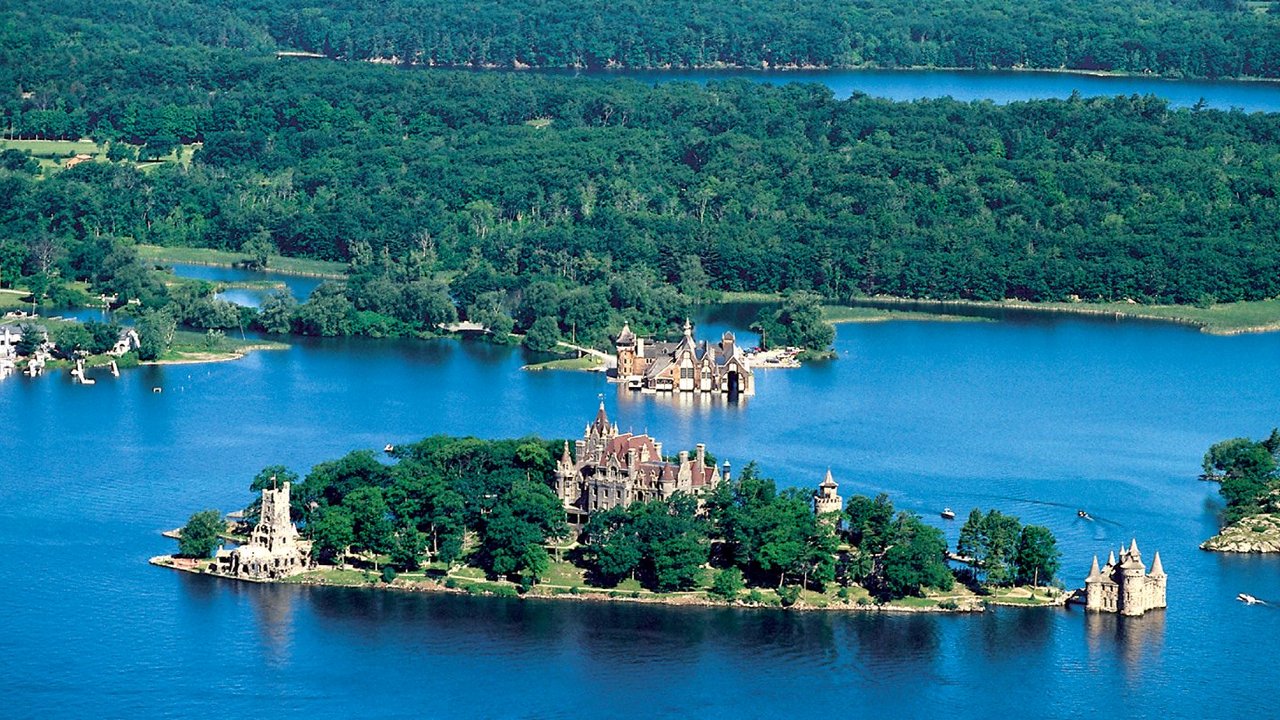 Without a doubt the best attraction in the greater Kingston area. Taking a drive along the nearby 1000 Islands Parkway is a great way to see this remarkable stratch of the St. Lawrence River but for an even better view, hop on a boat cruise in Kingston or nearby Gananoque or Brockville. 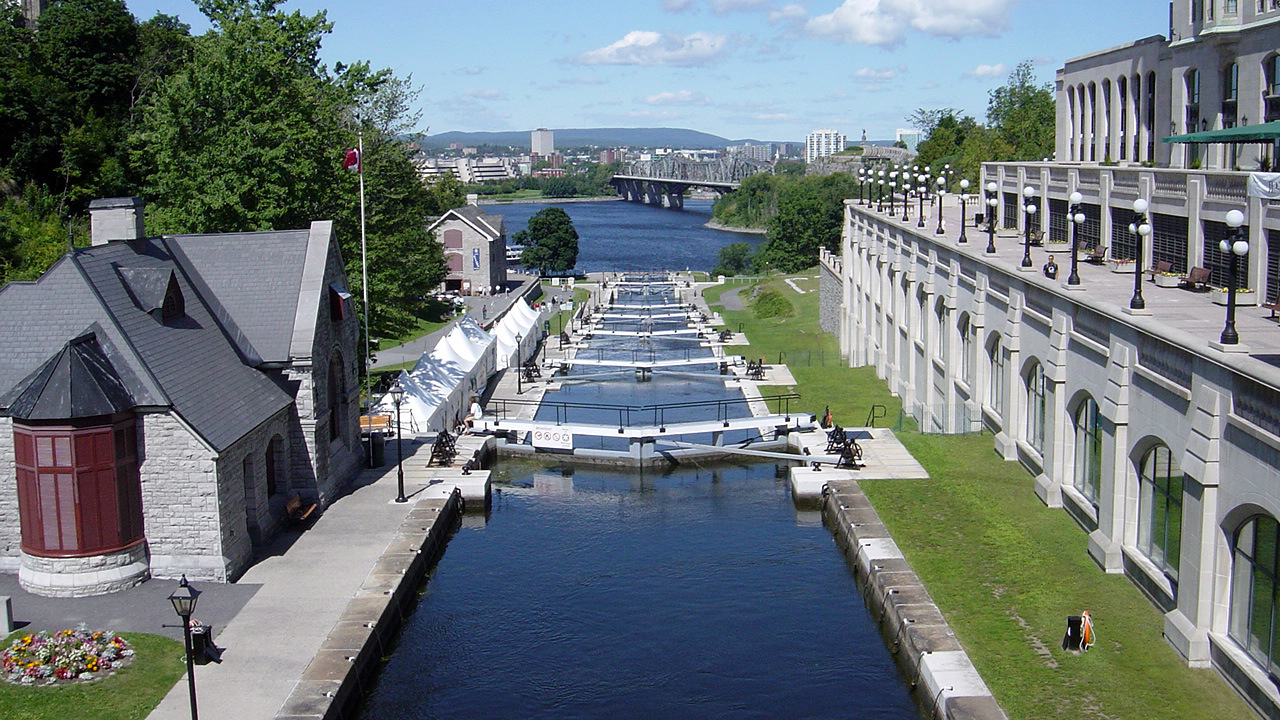 A historic military waterway linking the cities of Ottawa and Kingston it is now a pleasure craft nirvana with its opening to Lake Ontario right in the city of Kingston. 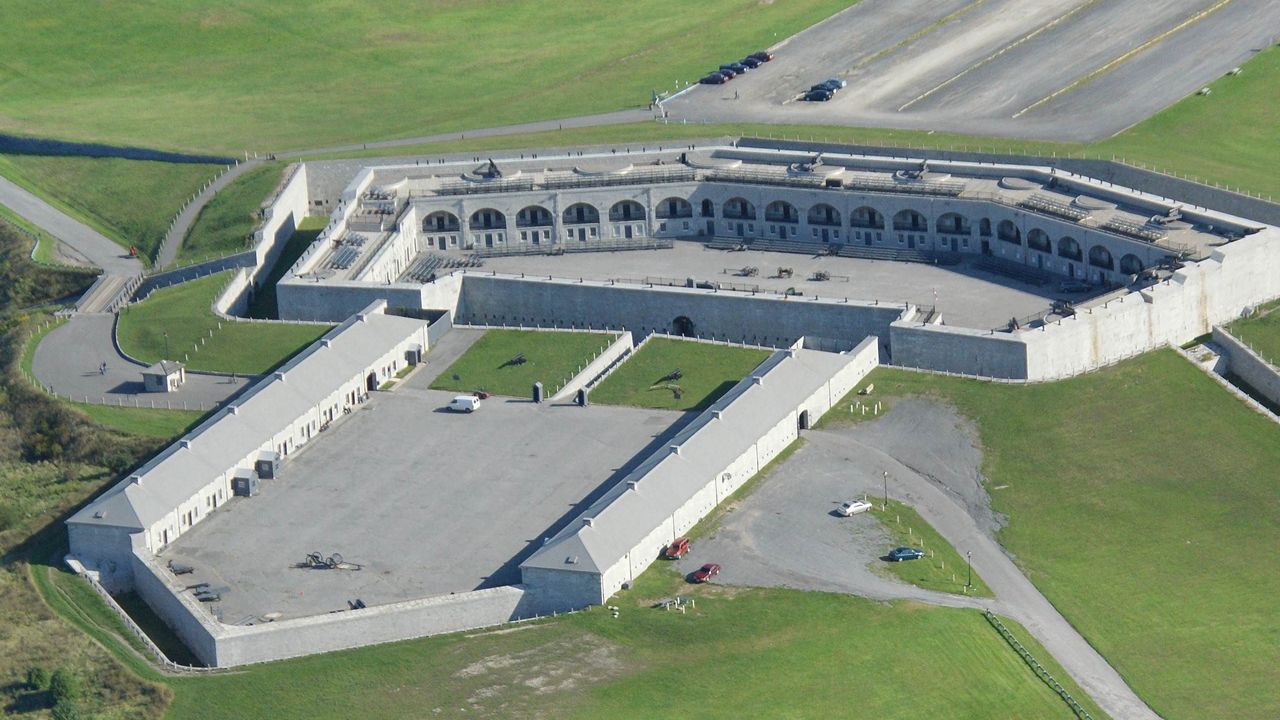 One of the most popular tourist attractions in the city this UNESCO World Heritage Site and National Historic Site of Canada sits high atop Point Henry standing guard over Kingston, Lake Ontario, the Rideau Canal and the St. Lawrence River. 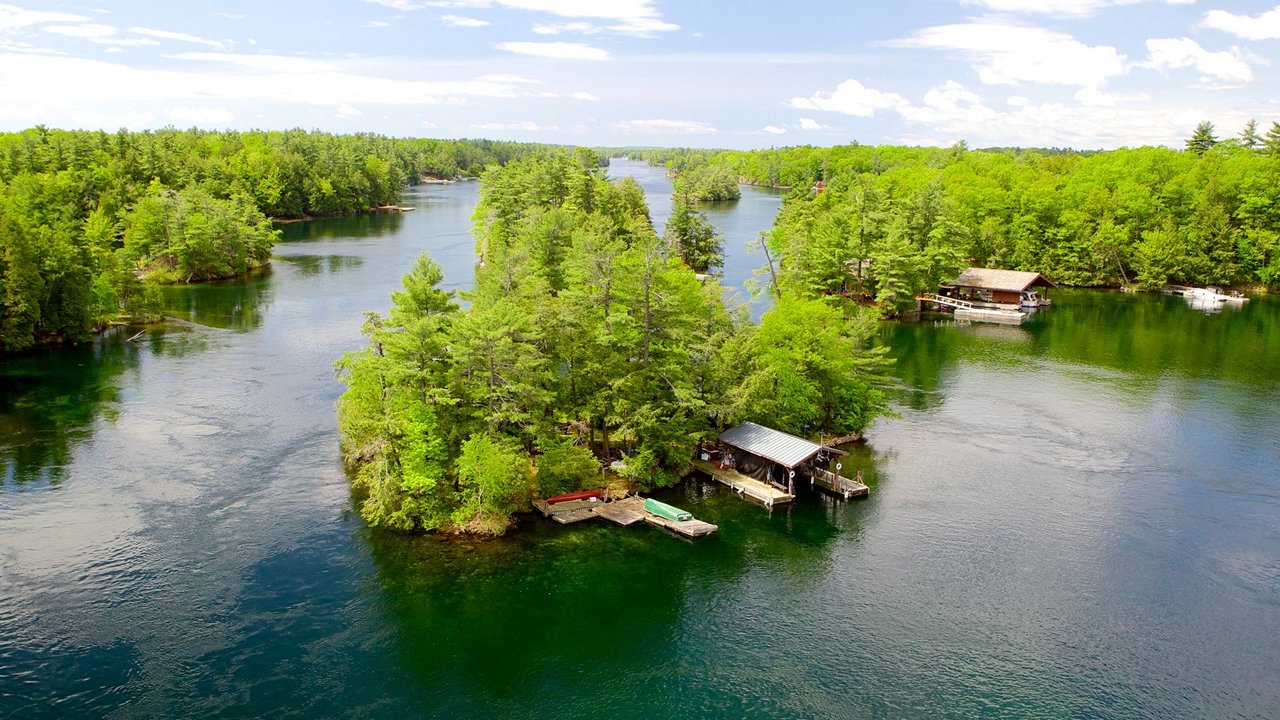 The largest island of the famed Thousand Islands group it lies a short “free” ferry ride from downtown Kingston and makes for a great day trip for those wishing to spend a quiet relaxing day. Especially loved by cyclists and beach lovers. 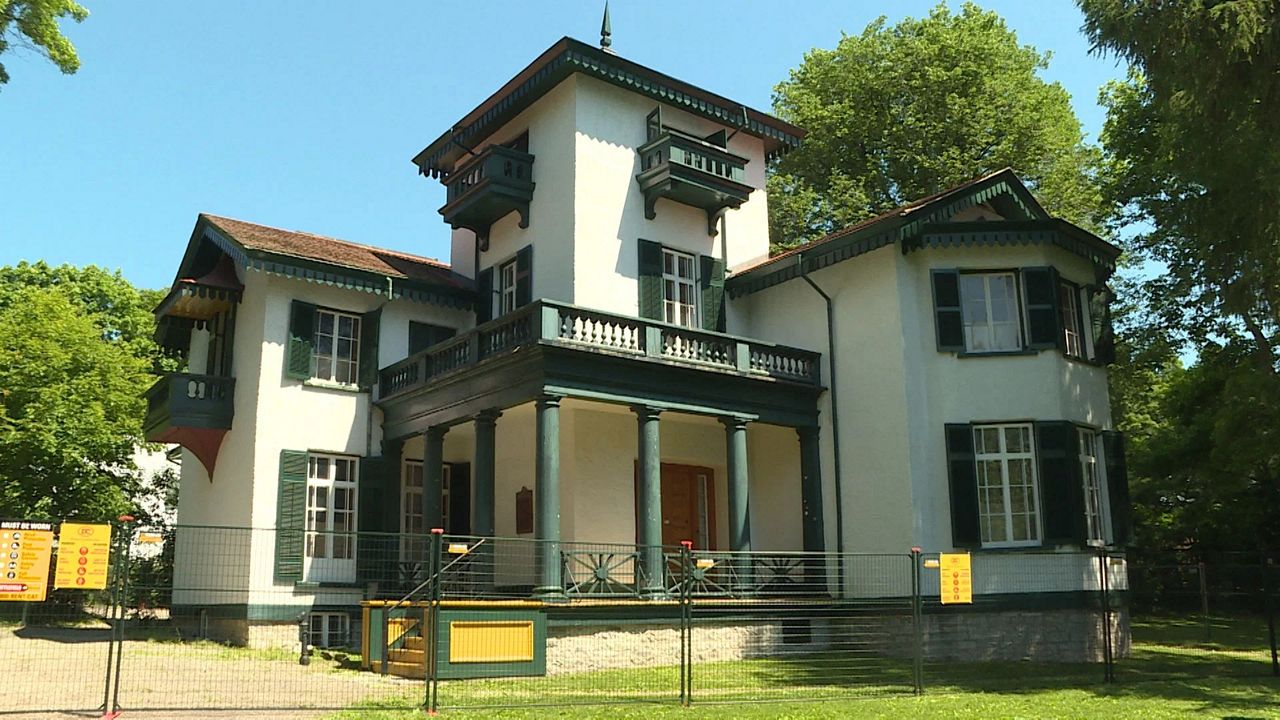 A lovely historic house located in an old, established upscale Kingston neighbourhood near Queen’s University. Once the home of Canada’s first Prime Minister Sir John A. Macdonald it is now a National Historic Site of Canada.